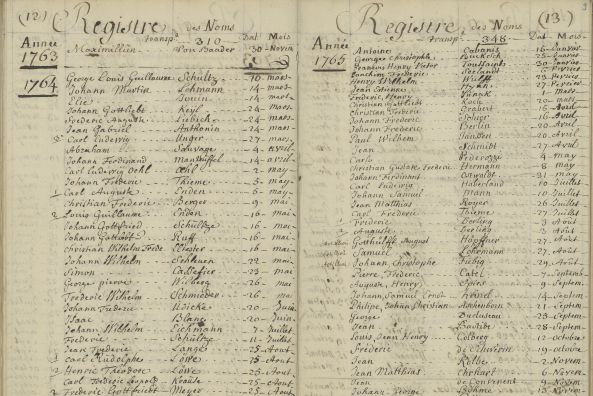 However, no matriculation registers exist for enrolled students, only lists of students filed in various volumes of documents. At present, the question of whether a particular artist actually studied at the Akademie der Künste can only be answered by extensive archival research. For this reason, in late 2015 the Historical Archives launched a project to create an index with all the names of students and make this available via a full text database. Due to the large data volume, the index is first to go online in late 2021 with part of the entire student data. The oldest lists of students, starting from 1751, with details of full names, classes attended, enrolment date and – where available – age, place of birth, desired career and father’s profession, will then provide an extensive research resource for the history of the Academy, social history, prosopography and family histories.