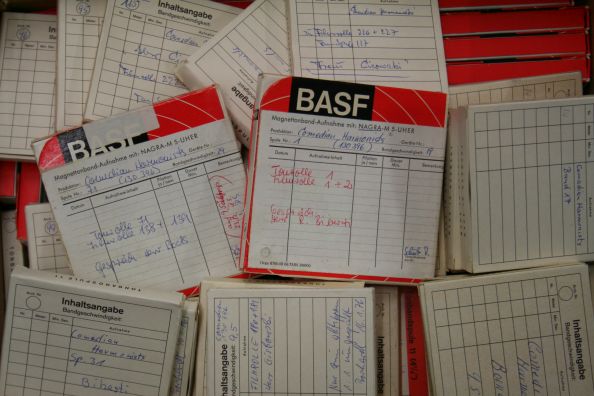 Interview for the Comedian Harmonists film

Eberhard Fechner (1926–1992), TV and documentary film director, made broadcasting history with his award-winning documentaries, including those on the Comedian Harmonists (1977) and the Majdanek trials (1979–1984).

His archive comprises nearly 1,500 hours of audio recordings of interviews conducted while preparing for his films. Since only a fraction of the interviews were included in the films, they are enormously valuable as a research resource. During this project, the recordings will be indexed and linked with existing transcripts. In addition, Eberhard Fechner's extensive correspondence will be indexed.