Prominent architects have been associated with the Akademie der Künste ever since its foundation in 1696 – from Andreas Schlüter via Friedrich Schinkel, David Gilly, Friedrich August Stüler to Ludwig Mies van der Rohe, Peter Behrens, Erich Mendelsohn and Le Corbusier. Architecture, however, has only had its own Section since the re-founding of the Akademie der Künste in 1954 in the Western part of Berlin, a development stimulated by its first President, Hans Scharoun. Today, the Architecture Section includes architects, urban and landscape planners, designers, civil engineers, architectural theoreticians, and architectural historians from all over the world.

In November 2021, Fritz Frenkler was elected as Director and HG Merz as Deputy Director of the Architecture Section. 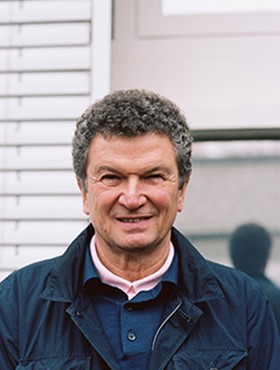 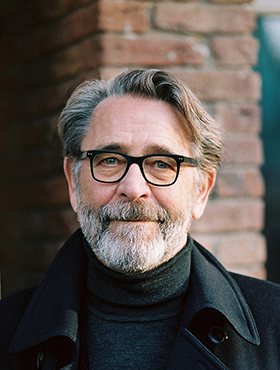 The Architecture Section dedicates itself to manifold questions concerned with planning and construction in the form of exhibitions, special events, seminars and workshops. Following tried and tested principles, the section members themselves act as consultants and curators for the programme. In the 1990s, the exhibition series Baustelle: Architektur mittel- und osteuropäischer Länder (Under Construction: Architecture in Central and Eastern European Countries) introduced the public to current architecture in Poland, the Czech Republic, Estonia, Hungary and Slovenia. In extensive exhibitions and special events the section paid tribute to the achievements of the great architects of the 20th century, including Hans Scharoun, Egon Eiermann, Rudolf Schwarz, Alvar Aalto, Hugo Häring, Erich Mendelsohn, Hans Poelzig and Otto Bartning. Extensive catalogues were published in each case.

Of particular importance to the Architecture Section is consultation with both the German Federal Government and other social forces, including how to deal with Berlin’s historical centre. The Architecture Section is represented in the Schaustelle Nachkriegsmoderne and in the advisory committee Beratungsausschuss Kunst des Landes Berlin (BAK). It is increasingly advocating its expertise and reputation for the preservation of threatened monuments of the modern age as well as post-war modernism throughout Germany.

Every year members of the Architecture Section also form the jury that awards the Berliner Kunstpreis (Berlin Art Prize) in the architecture category. The fact that many prize-winners are later elected members of the Akademie der Künste shows the significance associated with this prize as a motivation for talented architects. The section is also represented on the advisory board of the Peter-Joseph-Lenné-Preis, a prize that the city of Berlin awards biannually to landscape architects.
The Berlin Fellows and other fellowship programmes in the JUNGE AKADEMIE occupy a special place in the promotion of new talent. A close relationship comes into being: starting with the rigorous and thorough selection, through a mentoring process by members, up to the inclusion in the section’s current projects. Intergenerational conversations and exchanges are nurtured here.

The Subject of Architecture on the Academy Blog

Texts of lectures or speeches, video recordings of events, audio recordings, and other material are available under “News”. 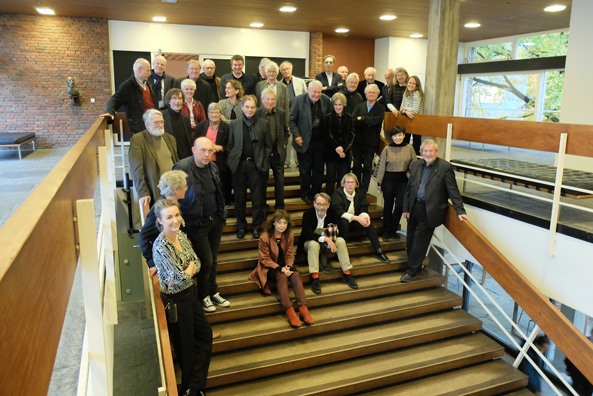 List of members in the Architecture Section (in German)