The Literature Section was founded in 1926 under the name “Section for Poetry”. Its founding members included Gerhart Hauptmann, Arno Holz, Heinrich and Thomas Mann as well as Ricarda Huch and Franz Werfel. Today the Section unites some 70 members, including many key German-language writers both at home and abroad. “An Academy”, as defined many years ago by Hans Meyer, a long-standing Director of the Literature Section, “should not be a refuge of order and standardisation, but rather a place of permanent agitation … It is the questioning and eliciting of reactions”. Today’s work of the Literature Section is to be seen in this context: a forum for the critical presentation of literature, dealing with not only with aspects of literary history but also current tendencies of contemporary literature in a linguistic and socio-political context.

In November 2021, Kerstin Hensel was elected as Director and Cécile Wajsbrot as Deputy Director of the Literature Section. 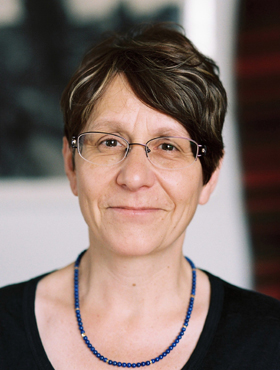 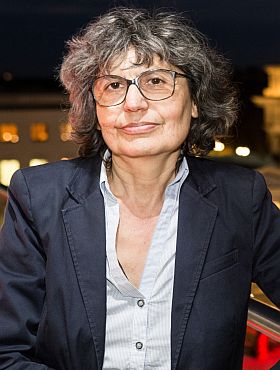 The Section deals with the developments in contemporary literature in both thematic discussion rounds and in its event series. The focus here is on book releases, at which new publications – mostly by Section members but also by international authors – are presented. The “Dichter im Gespräch” ("Poets in Conversation") series is dedicated to modern poetry in the form of readings and reflective conversations. With the participation of many of its members, the Section constantly recalls great authors in the history of literature, such as the pioneers of literary modernism, Bertolt Brecht and Alfred Döblin. In other artists’ nights, the Section retrospectively dealt with the epochal watersheds of 1968 and 1989 as part of the Academy project "Kunst und Revolte” ("Art and Revolt"). In recent years, exhibitions have been held in collaboration with the Archive on Max Frisch, Christa Wolf, Günter Grass, Peter Rühmkorf, and Ernst Jandl. A recent focus of the work was on the dialogue with the contemporary literature of other countries, as shown in 2010 with young French literature ("Rendez-vous littéraire! A French-German Literary Festival”) and in 2011 with Polish literature under the title "Rodzinna Europa –Europa als Heimat?" ("Rodzinna Europa – Europa as Home?"). A Russian-German literature dialogue was held in April 2013.

Of all the various cooperations, particular emphasis must be given to the Berlin Poetry Festival, which has taken place at our Hanseatenweg address since 2008.

List of Members in the Literature Section (in German)