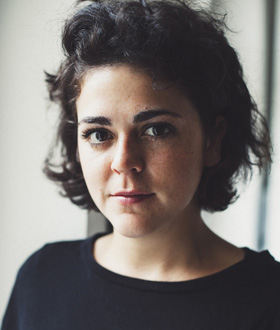 Franziska Pflaum is a director and screenwriter. She studied visual arts at the Academy of Fine Arts Vienna and film directing at Film University Babelsberg Konrad Wolf, Potsdam-Babelsberg. Franziska Pflaum has realised several documentary and fictional short films that have been invited to national and international film festivals. Her graduation film So schön wie du (2014) won the German Short Film Award. She is currently working on completing a medium-length feature film, realising several cinema film projects and writing for a German-Austrian television series.

“Allowing a film image to freeze is as though one stops time in the film, and yet it continues to pass incessantly. This is a paradoxical moment that opens up space for further thought, which I would like to explore. I intend to meet people with the photo camera and interview them. The documentary level is to be broken up using a fictitious storyline in the form of voice-overs, staged photographs and found footage material – a collage that moves between film, photography and radio play.”