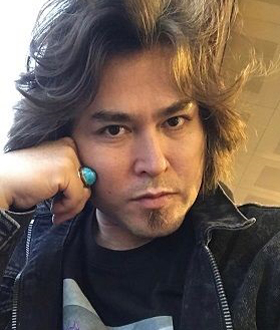 Aboozar Amini has mixed artistic training in contemporary arts at Rietveld Art Academy in Amsterdam and classic filmmaking at the London Film School. His works include video art, documentaries, and fiction. Following his education, Aboozar moved back to Kabul and started a small production company KINOKABUL, with the aim of bringing to the world new voices from his generation. He produced his first long documentary Kabul, City in the Wind with KinoKabul. He also introduced a number of young filmmakers to the professional industry in both East and West, as he finds it crucial to develop and enhance the synergy of both. Since the re-rise of the Taliban, Aboozar has been giving online lessons to girls in Kabul who are banned from the university. He is now working on his first feature film, Ways to Run.

Afshin (16), Benjamin (9), and Hussein (5) are brothers who were born and raised in Kabul. The roof of their home with a panoramic view of the city was their playground and world. When the Taliban triumphed on its 30th anniversary last August, they were evacuated to a Western country – and while an uncertain future awaits them, there is no return. After a dreamy transit at the camp, they are now facing confusing reality and biting homesickness – a déjà vu of my own youth 20 years ago, but worse. The film portrays kids’ perspectives of a world that continues to fail them. Three Afghan kids form the main narrative, joined by kids from other (post-)war zones like Iraq, Vietnam and Ukraine, who all live with scars of wars which are not their own.