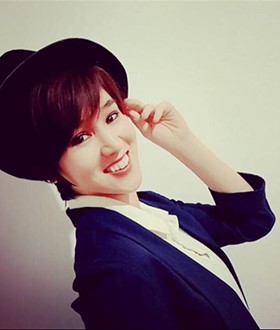 Zahra started her artistic career as an actress with the Simorgh’s children theatre group in 2010, where she later collaborated as costume design assistance. Despite the fact that her father opposed her school education, Zahra and her older sister Mahuba managed to secretly attend courses of the Simorgh Film Association. She has worked with different theatre groups including Rawi and Negar Theatre in Herat and Kabul. As a member of the transnational theatre Compagnie KULA, she participated in the co-production Underground Birds, which premiered in October 2022, with Vereinigte Bühnen Bozen (IT), Hålogaland Teater Tromsø (NO) and Simorgh Theater, Herat (AF), as an actress and writer.