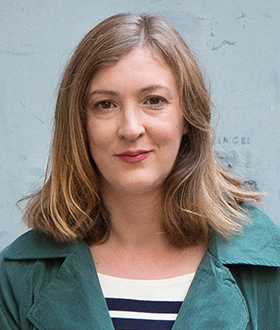 Inger-Maria Mahlke grew up in Lübeck and studied law at the Freie Universität Berlin. In 2009, she won the Open Mike Prize for Prose. Her debut, Silberfischchen, was awarded the Klaus Michael Kühne Prize in 2010. She was awarded the Ernst Willner Prize in the Ingeborg Bachmann Competition for an excerpt of her next novel, Rechnung offen, and, in 2014, the Karl Arnold Prize from the North Rhine-Westphalian Academy of Sciences, Humanities and Arts. Her third novel, Wie ihr wollt, was shortlisted for the German Book Prize in 2015, which she finally won in 2018 for her novel Archipel.

“It is the third literary creation (after Thomas Mann's Buddenbrooks and Fanny zu Reventlow's Ellen Olestjerne) depicting a Lübeck senatorial family based on their legacy of letters. I am interested in the interactions between self-image and external attribution against the background of changes and turning points in political and social conditions between the second half of the Imperial period up until the end of the Second World War, which I examine based on the lives of nine children of a Mayor of Lübeck. A focal point is the topic of sovereignty of interpretation and exclusion, which is examined in two respects – anti-Judaism, conversion and anti-Semitism on the one hand, and mental illness and its stigmatisation on the other. The narrated time spans a period of 49 years from 1897 to 1946 . The novel will consist of at least six parts, each of which will be different in scope with changing major and minor characters, narrative perspectives and attitudes, and all self-contained and formally independent (with a conventional chronology).”