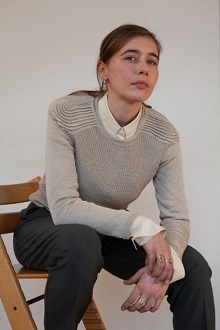 *1982 in Bosnia and Herzegovina
lives in Vienna (AUT)

Selma Doborac was born in Bosnia and Herzegovina in 1982 and lives in Vienna. She works in the fields of essay film, documentary film and experimental film and photography. She studied at the University of Applied Arts Vienna, in the Department for Mixed Media Strategies (Bernhard Leitner) and graduated in 2007. From 2008 to 2012 she studied and graduated from the Academy of Fine Arts Vienna, Department for Art and Film (Harun Farocki). She participated in festivals and exhibitions, and was awarded and granted nationally and internationally.