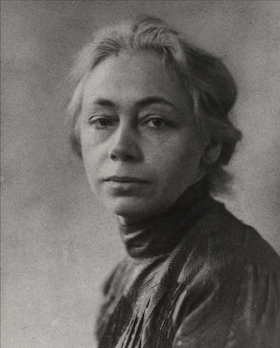 Born in Königsberg, Käthe Kollwitz (1867-1945) achieved her first great success as an artist at the Great Berlin Art Exhibition in 1898 with the graphic cycle Ein Weberaufstand (“A Weavers' Uprising”) (1893-1897). This series of works was Kollwitz's reaction to a performance of the drama Die Weber (“The Weavers”) by Gerhard Hauptmann in 1893/94, which showed the living conditions of the impoverished weavers in a naturalistic way and made a lasting impression on Kollwitz. This was followed by more participation in exhibitions and membership of the Berlin Secession. Until 1919, Kollwitz concentrated primarily on drawing and prints (Bauerkrieg, Peasants' War, 1902/03-1908, among others), while sculptures followed later. Her relentlessly critical and at the same time emotionally touching depictions of the living conditions of the poor, based on personal experience, can be classified between Expressionism and Realism and remain of international significance.

“I agree that my art has purpose. I want to exert influence in these times when people are so at a loss and in need of help.”

The fact that Käthe Kollwitz was elected a full member of the Prussian Akademie der Künste on January 24, 1919 – the first woman since 1833 – heralded a new phase in the history of the then 200-year-old institution. Ernst Barlach, Lovis Corinth, Georg Kolbe and Wilhelm Lehmbruck were elected members of the Academy alongside Kollwitz in 1919. In 1933, the National Socialists forced Käthe Kollwitz to leave the Academy along with Heinrich Mann, simultaneously removing her from her position as head of the master class for graphic arts. Her crime was co-signing the “Urgent Call for Unity” to build a united front against National Socialism. The removal of her exhibits from the Berlin art exhibition in 1936 was tantamount to an exhibition ban.

To this day, the work of Käthe Kollwitz continues to be a source of inspiration for many national and international artists. The figure of Kollwitz lives on in numerous German cities as an eponym in many squares, streets, and schools. Her drawings, graphic cycles and sheets, as well as her sculptures, are represented in numerous private and public collections worldwide.

Käthe Kollwitz in the Members Database

Enquiries Regarding the Archive Collection