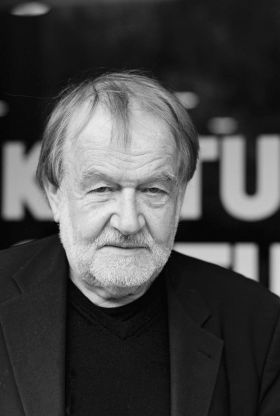 “Lothar Böhme holds fast to the canon of his lonely figure,” his friend, the art historian Roland März wrote on the occasion of his 70th birthday in 2008. Böhme's “concentrated painting of the solitary figure goes on. But the motif of the female nude has been increasingly abandoned in favour of an elementary definition of painting: volume – surface – space. The original act of painting has taken precedence. Lothar Böhme's uncompromising painting, which has always distanced itself from ideological distortion, today neither has to assert itself or ‘change’; it is simply there, standing in the space as a vital fact in its painterly compactness. Out of the time tunnel of the years, the painter [...] lets his dark, long-holed-up creatures emerge into the light of the public with concentrated force.”

Lothar Böhme in the members database (in German only)