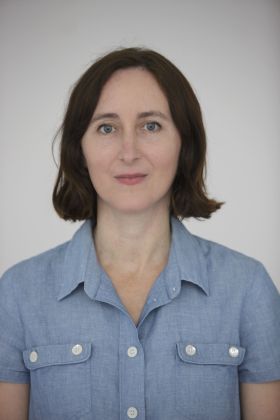 Over the past two decades, Eichhorn has made a name for herself particularly with her contributions to Documenta11 (Maria Eichhorn Aktiengesellschaft, Kassel, 2002) and documenta 14 (Kassel/Athens, 2017). Since the realisation of exhibition projects such as In den Zelten... (2015) at the Haus der Kulturen der Welt, Berlin, and Politics of Restitution (2003) at the Lenbachhaus and the Kunstbau, Munich, she has repeatedly focused on the unresolved ownership of works of art, property, plots of land, libraries, etc., which were confiscated from Jewish owners in Germany and the occupied countries during the Nazi era. The rediscovered Gurlitt estate offered Eichhorn starting points for another project: as an artistic contribution to documenta 14 in 2017, she founded the interdisciplinary Rose Valland Institute (www.rosevallandinstitut.org) with the specific aim of researching the after-effects of the expropriation of Europe’s Jewish population by the Nazis. Like Walter Benjamin, she sees history as never-ending, as it takes place in the future, so to speak. In this sense, history does not stop referring to narratives of the past and updating or regenerating them, and also producing ambiguities and contradictions.