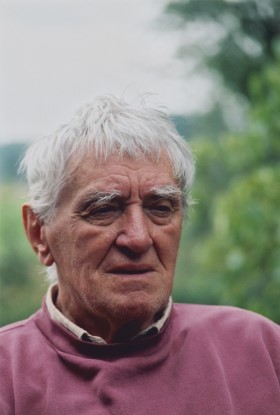 The painter and graphic artist Joachim John was a master student of Hans Theo Richter at the Akademie der Künste and worked as a freelance artist in East Berlin from 1966 and later in Frauenmark near Schwerin. Away from the GDR art scene and the subsequent period, John found the silence and concentration to create a profound and humorous oeuvre. His graphic works either include North German and Italian landscapes, or they address literary works and German reunification. He also produced panorama paintings for theatres in Schwerin and Cottbus. The artist participated in the “Twenties Committee”, which was convened by Heiner Müller to unite the two Berlin academies in East and West Berlin after 1990.

Joachim John in the members database  (in German only)