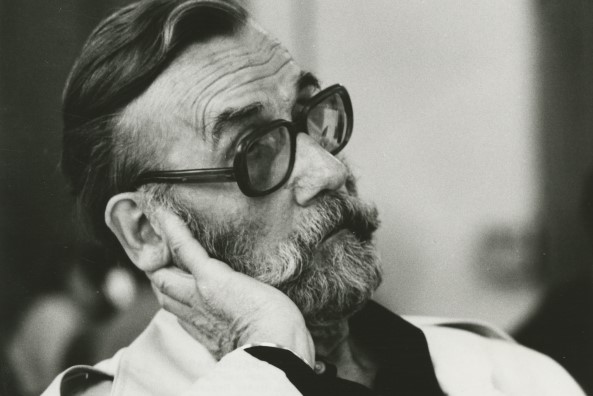 After his return from Soviet captivity during the war, Karl Erich Müller studied under Erwin Hahs from 1946 at the Burg Giebichenstein Art College in Halle an der Saale. The influence of the Bauhaus-inspired teacher on Müller's early work was formative, and he created strictly structured compositions in a loose style and an atmospheric, reduced colour spectrum. In 1947, Müller was a founding member of the Halle artists' association “Die Fähre” (The Ferry) alongside Willi Sitte. From the 1950s onwards, he developed a more expressive colourfulness that characterised his socialist working-class pictures. Müller's later works bear witness both to his interest in oriental archaeology and to numerous study trips to India, Sri Lanka, and Pakistan.

Karl-Erich Müller’s biography (in German only)