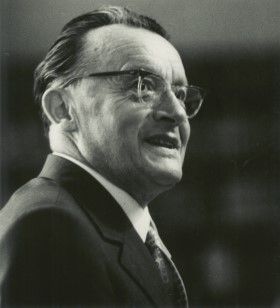 Curt Querner spends much of his time as a “foot traveller” between his home town of Dresden, southern Germany and Austria. On these travels he discovered the old masters Grünewald, Dürer, Bruegel, Rubens and Riemenschneider, who still have a direct influence on his work. Then in his early years the metropolitan experience of Dresden became formative for his own painting style. His work was also influenced by his encounters with artists such as George Grosz, Otto Dix, Georg Lührig and Richard Müller. Querner decided on a reclusive painter's life, and as early as the 1930s he arrived at a theme for his entire creative life: the living and working conditions of rural people.

Curt-Querner-Haus (birthplace and former residence of Curt Querner, in German only)