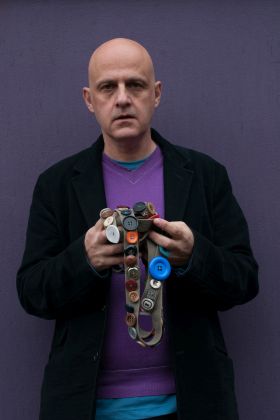 The works of Eran Schaerf are artistic investigations into the information age and examinations of text-image relationships. They oscillate between documentary reproduction and staged narrative. Schaerf explores how our political representatives and other prominent social figures present themselves in the media. A central aspect of his work deals with the lived experience of the freedoms of opinion and the press in the form of demonstrations, and what these actually “show”: People who point to historical events or political constellations. He asks fundamental questions about information, its disclosure or secrecy, about its sources and its obscuration. He deals with the original and the fake, pictures and personal opinions.

Eran Schaerf in the members database (in German only)