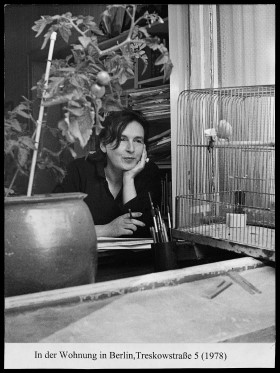 The Irish graphic artist and illustrator Elizabeth Shaw moved to Berlin's eastern sector in 1946, commuting between East and West during the time of Germany's division. She worked as a caricaturist for the publications Ulenspiegel, Frischer Wind, Vorwärts and Neues Deutschland and continued her work as an author, which she had begun in Britain. Shaw illustrated Brecht poems (1958) and books for children and adults by James Krüss, Mark Twain, Erich Kästner, Hans Fallada and others. In 1959 she created portraits of 43 members of the Akademie der Künste (East). In addition to her own works, Shaw adapted traditional British children's stories, such as Goldilocks and the Three Bears and The Three Little Pigs.