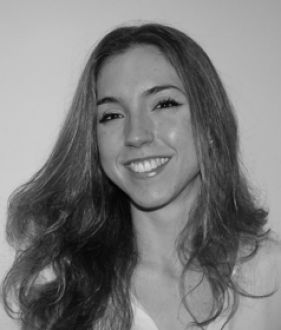 Alicia Hernanz studied Architecture at the Superior Technical School of Architecture University of Madrid, 2006–2013, and has worked in London, Nicaragua and Paris. She has been an architect in the Renzo Piano Building Workshop since 2016.

The exhibition featured the work of 15 young architect collectives whose approach to design is related to the different, alternative ways of architectural communication, e.g. social mediation, top-down vs. bottom-up processes, interdisciplinarity, and networking.

The process undertook in the El Jicarito School project was displayed in this exhibition. It looked at the site as the characteristic element from which the architectural process pivots, establishing seven categories, with their corresponding cartographies, that aim to unveil the project through its multiple agents and actions: the site as physical condition, economic condition, media endeavour, socio-politics, programme, production, and technical knowledge.

El Jicarito School – An innovative, low-cost school designed with local materials for a small rural community in Nicaragua that brought together a group of architects, volunteers and an entire local community through collaborative design and construction methods.

In partnership with the local NGO Seeds of Learning we designed and built a two-classroom school prototype for kindergarten and elementary school students. The school includes two classrooms, a multipurpose space, and a public square/playground. The aim was to explore new construction systems, such as the earth bag or hyper adobe, taking into account the complex internal dynamics of the communities in which the project was implemented, and facilitating a more participatory and sustainable construction for the area.

The municipality of Os, in Norway, is facing a major challenge in its history: how to become a new regional and urban centre while maintaining its own identity, which is mainly defined by its suburban character.

Our proposal for this competition stood up for the idea that this identity should be preserved and enhanced, while it advocated a redefinition of the concept of "suburbia" in the context of a new scenario where its traditional meaning was no longer valid. The foreseen population growth and the construction of new infrastructures in the area, coupled with the need to conceive our cities in more sustainable terms, urges the exploration of new physical and socio-economic ways of development. Through our proposal we attempted to provide an answer to those emergent conditions by suggesting a shift from "SUBURBIA" to "OSURBIA".

Torrelavega Market – Redefinition and renovation of a cattle market in Cantabria, Spain. Entry for the Europan 14 international competition.

Our proposal for this competition identified the need to investigate the identity of the lines or boundaries between the city and its productive activities, with the aim to understand the relationship between these activities and the urban and social fabric that they produce in each situation. Through this process we tried to unveil the characteristics that trigger a dynamic, active, interconnected and creative city and applied these to the particular situation of Torrelavega.