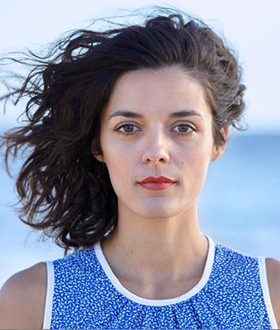 lives in Athens and Berlin (DE)

Kleopatra Markou is an actress and singer. She studied drama (practice and theory) at the Academy of Fine Arts at Peloponnese University and acting at the Modern Times drama school in Athens. She works in theatre and cinema, at the National Theatre of Greece in Athens and at independent theatre companies and festivals in Greece, Germany and Switzerland.

Scholarship for the 51th International Forum Theatertreffen in Berlin

Get to know Kassandra – an international collaboration created by and co-acted with Jessica Glause, Beatrix Simko, Aleksandra Pavlovic, role: Kassandra, selected to participate at the Rodeo Festival Munich, Hoch X

Brothers Karamazov –a meeting, the experience of a reading, based on F. Dostoyevsky's novel, role: Grushenka, directed by Ilias Kounelas, Athens Festival 2014

with Simos Kakalas – The Mask in nude comedies

with Periklis Moustakis – Electra by Sophocles