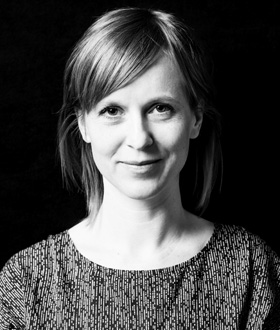 lives in Vienna (AT)

Anna Weidenholzer is a writer. She studied comparative literature at the University of Vienna and the University of Wrocław, Poland. In 2010, her volume of stories Der Platz des Hundes was published. Anna Weidenholzer has won many awards, including the Alfred Gesswein Prize 2009 and the Outstanding Artist Award 2017 of the Austrian Republic. She has also been granted numerous stays abroad and scholarships. In 2013, her first novel Der Winter tut den Fischen gut was shortlisted for the Leipzig Book Fair Prize 2016 and her novel Weshalb die Herren Seesterne tragen was longlisted for the German Book Prize. Her third novel will be published in autumn 2019.

“I hope to find a new beginning In Berlin. I have just completed my third novel and am somewhere between this and the next one, with an idea of what might come after that in the back of my mind, so tender that it is still too early to name it. I would like to pursue this idea. I think that Berlin is a good place to do so, there are many ways there. My novel Weshalb die Herren Seesterne tragen, which deals with gross national happiness at a snowless ski resort, also began in Berlin. Distance from one's own desk provides a different perspective.”