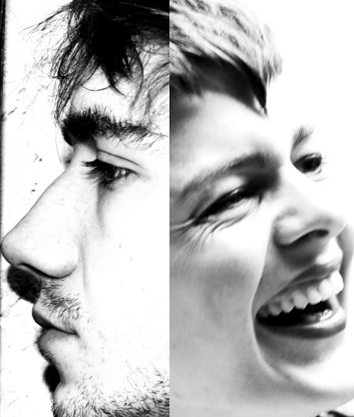 Kristina Buch holds an MSc in biology and studied protestant theology before completing her MA at the Royal College of Art in London and the Düsseldorf Academy with Rosemarie Trockel. Her exhibitions include documenta (13) and the 14th Istanbul Biennial, to name but two. She is currently a German Academic Scholarship Foundation PhD fellow at the University of Cambridge and a visiting professor at Umeå Academy of Fine Arts. Her work poetically negotiates complex themes. Language, symbols, images and materials dissociate before being brought together in unexpected forms, helping us renegotiate what we think we understand, creating entirely new ways of reading and knowing.

Robert Logan is an Emmy Award nominated composer and producer. He has created multiple critically acclaimed solo albums, with newest full-length Flesh having been described as “a musical object so radical and daring it seems not to belong to this time.” His film credits include, with Ivor Guest, music for Alex Gibney’s Oscar winning Taxi to the Dark Side, the Oscar nominated Semper Fi: Always Faithful, and multiple Emmy Award winning Mea Maxima Culpa: Silence in the House of God. His music explores the boundaries of acoustic and digital forms, the spaces between (including microtonal systems) and is inspired by the natural world, urban decay, the cycles of construction and destruction and death and birth.

We plan to continue our series of spoken-word compositions that we launched online last year. For our other shared project, the protolexicon, we interact with leading scientific and cultural research groups around the globe to create the first, expansive, growing online audio archive of existing and not-yet-existing audio data of forms of communication, including those that do not fall into the exclusive anthropo-logocentric paradigm. Sounds/proto-speech from across not just the six, but at least seven (!) kingdoms of life will make accessible the most overheard news that the cosmos has brought forth since it decided to start speaking.