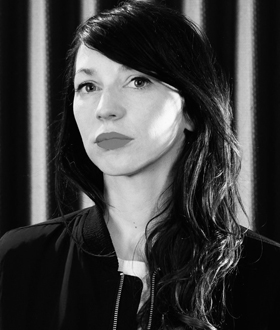 Emma Adler studied fine arts at the Hochschule der Bildenden Künste Saar and the Weißensee Academy of Art Berlin. Since 2017, the main focus of Adler’s large-scale multimedia installations ‒ which revolves around the notion of “fake” as its own subject, poking holes at alleged certainties about the relationship between reality and media representation ‒ lies in conspiracy theories and questions about different levels of reality. Adler’s works have received numerous awards and have been exhibited at venues that include the Kunstverein Bremerhaven, the Neue Kunstverein Gießen, Kunsthaus Dahlem and the Zeppelinmuseum Friedrichshafen.