Valeska Gert, who was born in Berlin in 1892 and died in the town of Kampen on the German island of Sylt in 1978, was a German dancer, actress and cabaret artist. She made dance history with her amusingly grotesque and provocative mimes and dances. 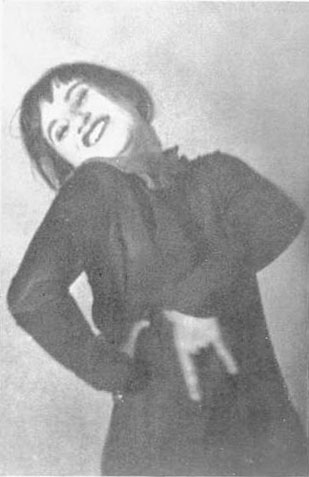 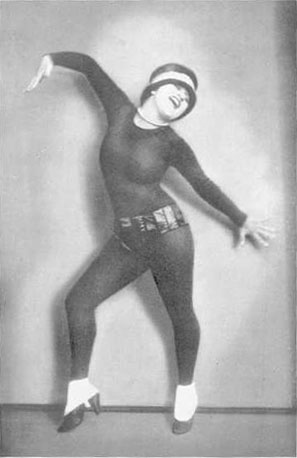 Valeska Gert made her debut in the dance school run by Rita Sacchetto in the Grunewald district of Berlin in 1916. Her first performance was an immediate success, resulting in her being invited to a give a week-long guest performance at the Union-Theater-Lichtspiele in the German city of Dresden together with her friend, the dancer Brigitte Riha. A few months later, Valeska Gert was employed as an actress at the Munich Kammerspiele theatre and during her time in this position, she also continued to pursue her soloistic dance career. In the 1920s, Valeska Gert fully established herself as an avant-garde dancer and is now considered to be one of the outstanding dancers of her time alongside Mary Wigman and Niddy Impekoven.

"[...] modern dance satire was born, without my intention or knowledge. By suddenly putting sweet after cheeky and soft after hard, I created something that was very characteristic of this period, for the first time: imbalance." (Gert, 1968)

"Valeska Gert made everything free and paved the way for everyone who came at a later point in time. She knocked dance off its pedestal of honour, dusted it off and approached it with new impulses and stimuli. All dancers and mime artists who followed her have her to thank, as do I." (Lotte Goslar)

"She wasn't a monument; she was once a star and even more a constant scandal." (Volker Schlörndorff)

The Valeska Gert Visiting Professorship exists since 2006 as a cooperation between the Akademie der Künste, the Freie Universität Berlin and the Deutscher Akademischer Austauschdienst (German Academic Exchange Service) (DAAD). Every semester, a dance or performance artist is invited to work with the dance studies students in a practice-oriented manner. The topics of the seminar are presented at the beginning in a public lecture by the visiting professor, and the results are shown to the public at the end in a final presentation by the students.

Information on all visiting professors since 2006