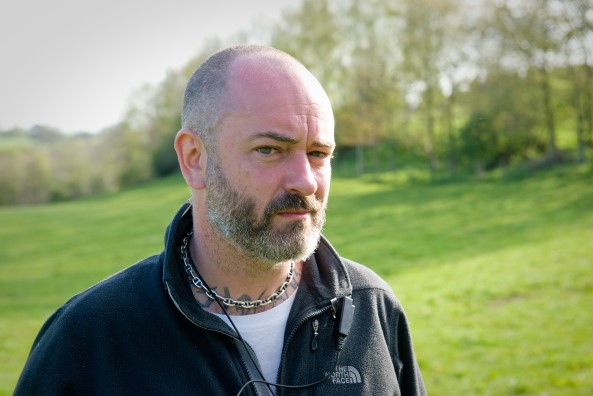 The interrogation of closed narrative structures in film is a central theme in the art of the Scot Douglas Gordon. In site-specific video installations, photographs or conceptual text works, he examines the basic technical and psychological conditions of cinematic narration and explores how the present is reflected in film and mass media. Gordon attempts to suspend the traditional constitution of the viewer created by the common narrative structures of mainstream cinema. He looks for ways of how and “what cinema, not film, could substitute. In other words, the chance of being mesmerised once again.” (Douglas Gordon, 1999)

Impressions of the award ceremony 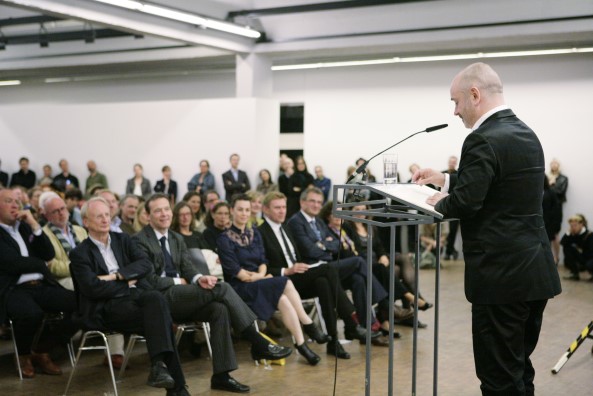 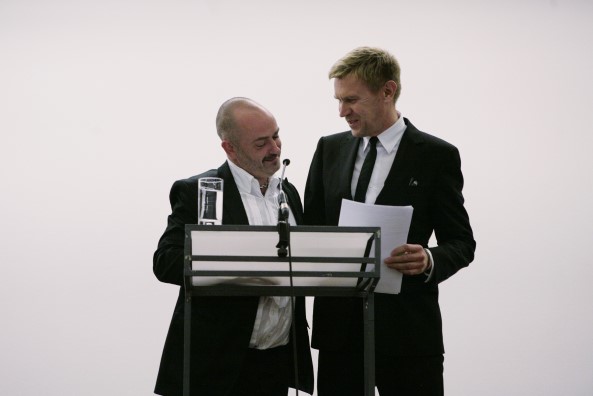 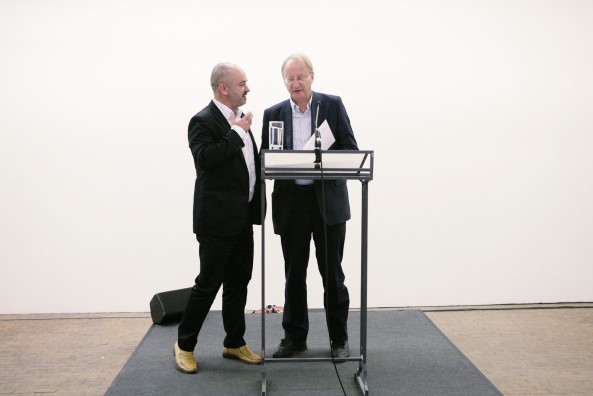 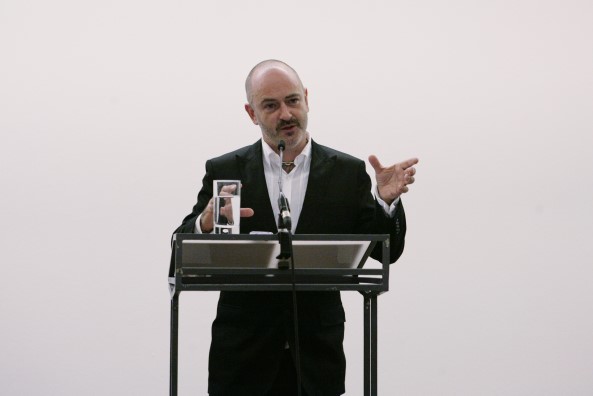 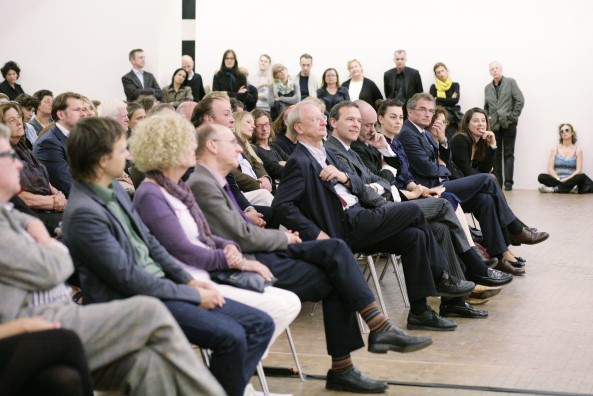 Audio recordings of the award ceremony

Douglas Gordon in the members database (in German only)