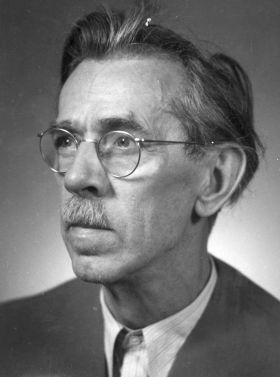 The autodidactic painter and draughtsman Otto Nagel, a friend of Kollwitz and later president of the Akademie der Künste, deals in his works with themes of the Berlin working class. His daily encounters with people and his cityscape memories between quiet alleys and narrow apartment blocks constitute the intensity of his paintings. In 1931, he and Kollwitz, together with Otto Dix, Hannah Höch, Edvard Munch, Alice Lex-Nerlinger and Emil Nolde, took part in the exhibition Frauen in Not (Women in Need), which was held at the gallery of the Juryfreien group at the suggestion of the magazine Der Weg der Frau (The Woman's Way). His connection with Kollwitz prompted Nagel to dedicate himself intensively to the care and indexing of her work after her death.

Otto Nagel in the members database (in German only)