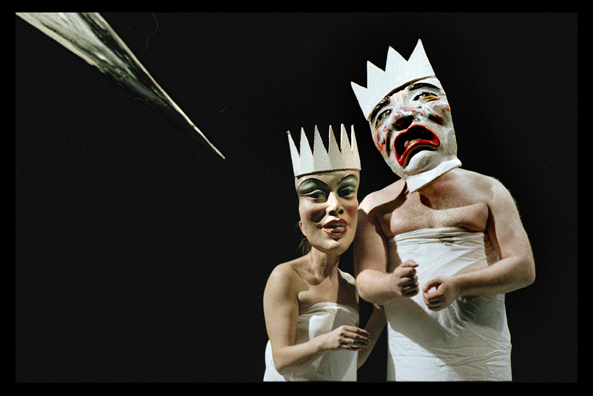 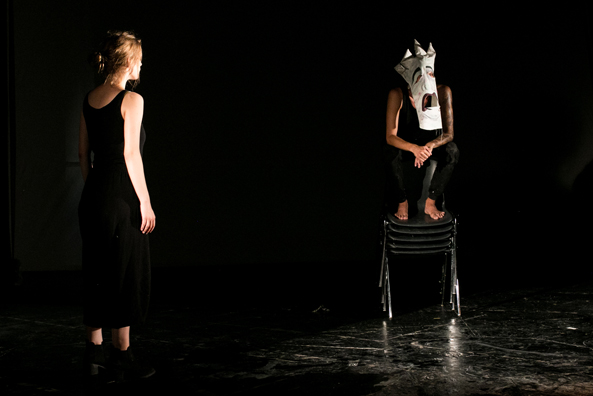 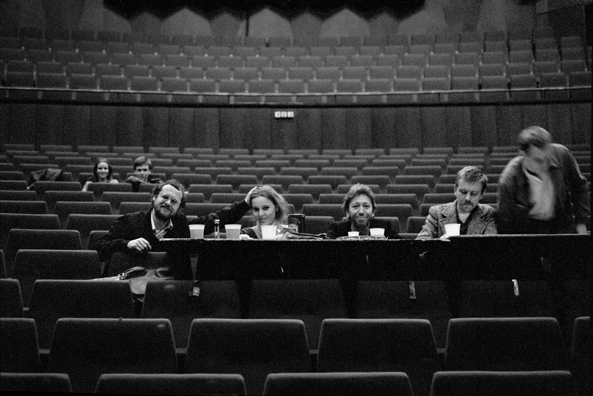 Jürgen Gosch (middle) at a rehearsal at Schauspiel Köln, 1983: on the far left: Jürgen Flimm; on the right next to Gosch: Axel Manthey

"If you could create a performance of Beckett that actually succeeded in being the scandal Beckett really is, it would be an incredible achievement."

The theatre of Jürgen Gosch (1943–2009) is about what happens when human beings encounter each other. He was born in Cottbus, and worked first as an actor, then as a director. Following his 1978 production of Leonce and Lena at the Volksbühne, his employment opportunities in the East diminished, while his engagements in the West increased. In 1984, Gosch left the GDR for good. Following early successes, setbacks, and astounding new beginnings, he became one of the most important theatre makers of recent decades.

"Of this world, I think, it is the only thing available to me to reach the texts. And something of this world must leave its impression in the productions," Gosch once said about the subject of his work and the repeatedly new attempts at arriving at the existential quality of a text together with the actors. His Chekhov productions Uncle Vanya and The Seagull are still performed to this day at Deutsches Theater Berlin.

Nine years after he passed away, the Akademie and Koberstein Film are dedicating three days to memories of Jürgen Gosch. A film with previously unreleased recordings documents the rehearsals for his last directorial works. Marcel Kohler has designed a theatre evening with students of the University of Performing Arts Ernst Busch according to motifs from Gosch's 1984 production of Oedipus. His artistic comrades reminisce and talk about the necessity of the kind of theatre that Jürgen Gosch was willing to dare.

A project by the Akademie der Künste and Koberstein Film in cooperation with Deutsches Theater, the University of Performing Arts Ernst Busch and Goethe-Institut. Supported by the Capital Cultural Fund.

11 am, Studio
GOSCH
Documentary by Grete Jentzen and Lars Barthel
€ 6/4

The three-day programme at the Akademie is accompanied by stagings of Uncle Vanya and The Seagull at the Deutsches Theater Berlin on 29 and 30 September, at 6 pm respectively: Tickets