History of the Archives 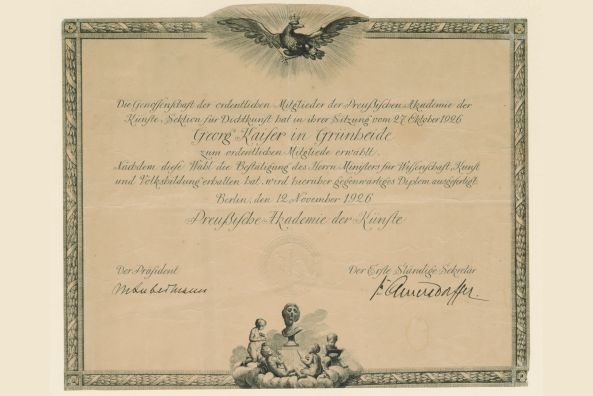 From the personal papers of Georg Kaiser, Membership Certificate, 1926 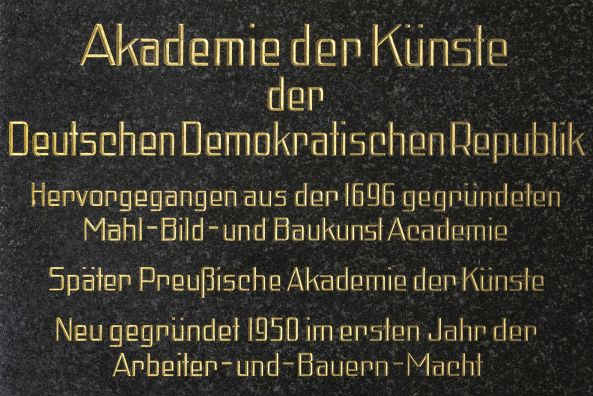 Granite tablet commemorating the founding of the East German Akademie der Künste, from the building at Robert-Koch-Platz 7, 1987 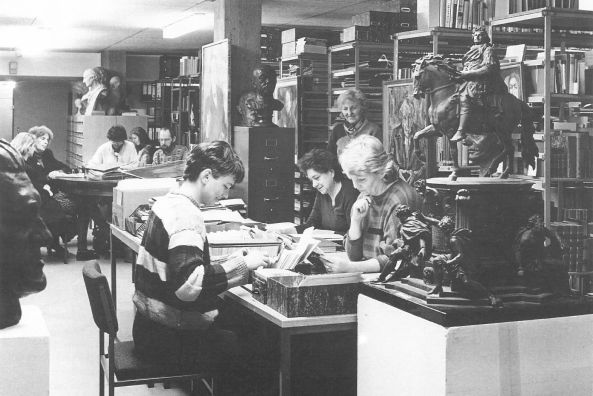 View of the Reading Room and storeroom of the Academy Archives (West), Hanseatenweg 10 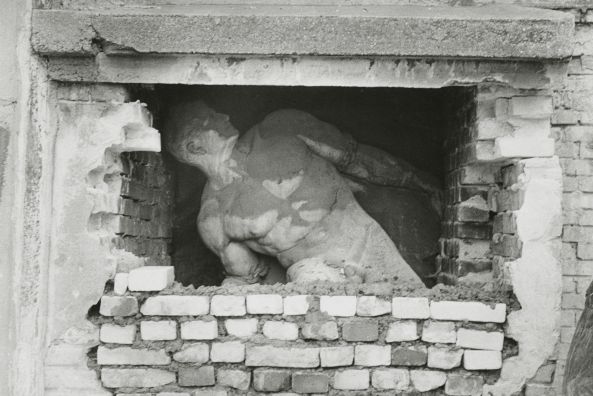 Reinhold Begas, Der gefesselte Prometheus, rediscovered in the Akademie der Künste, Berlin, in the building at Pariser Platz 4, Condition in 1990

The Akademie der Künste can trace its tradition of collecting back to the year it was founded in the late seventeenth century. Initially, the collection was designed for teaching and training artists, and for display. In addition, it included works submitted by prospective members or donated as gifts. In a parallel development, an extensive specialised library was established. Despite losses through a fire in 1743 and during the Second World War, these holdings, together with the Academy’s administrative files, still form the foundation of the Archives.

As both these institutions introduced more departments or sections, the range of their collections expanded. The Performing Arts Section was added to those already existing for the Visual Arts, Music, and Literature. The Architecture Section and the Film and Media Arts Section, founded in 1984, was initially only part of the West Berlin Akademie. 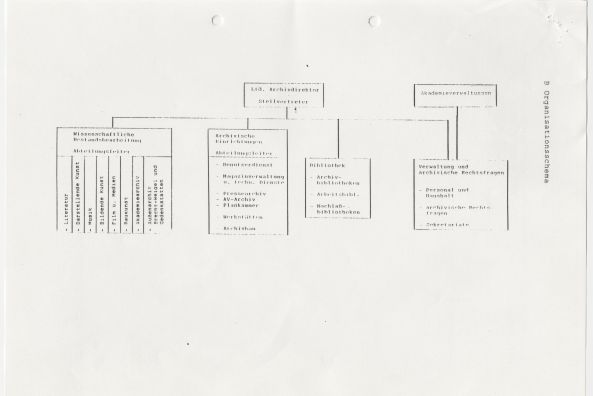 History of the Akademie der Künste