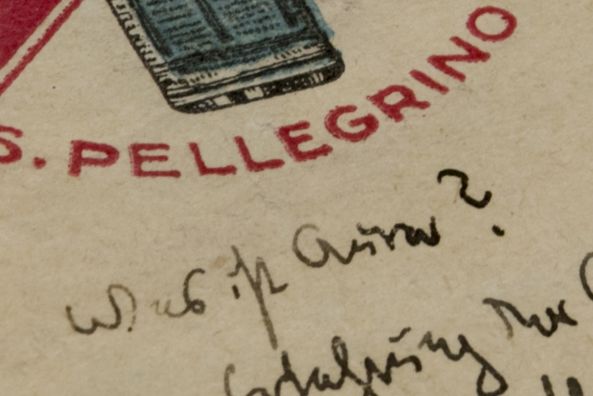 Are the original manuscripts from Benjamin’s literary estate available in the Reading Room?

No. The materials and manuscripts available for viewing in the Reading Room are all digital reproductions. The originals are too fragile to be made available to readers.

Are there recordings of Walter Benjamin’s radio broadcasts?

No. His only known surviving radio broadcasts are two scenes from his radio play Radau um Kasperl in a production by the Westdeutscher Rundfunk, Cologne. This was broadcast on 9 September 1932 for their children’s programme – roughly six months after it was premiered by the Südwestdeutscher Rundfunk, Frankfurt. The Deutsche Rundfunk Archiv has released the two scenes with various other pieces on CD (Was Kinder gerne hör(t)en, was Kasperl zu erzählen hat, Stiftung Deutsches Rundfunkarchiv 2003).

Are there recordings of Benjamin’s own voice?

In 2011, in an interview with France Culture, Stéphane Hessel, son of Franz Hessel, a writer and friend of Benjamin, claimed that he believed he had identified Benjamin’s voice reading the part of the Kasperl in the radio play. Since Benjamin was not known to have been involved in the Cologne production, this claim is disputed among Benjamin scholars.

What text was Benjamin carrying with him when he attempted to escape across the French-Spanish border?

Liska Fittko, who wanted to guide Benjamin across the border, mentioned a heavy briefcase that Benjamin had with him. Fittko believed that Benjamin was carrying his latest manuscript in a determined bid to save it. After Benjamin’s death, the authorities noted that papers with unknown content were found with the body. Since these papers are now lost, it is impossible to say what Benjamin sought to save during his escape, and whether this was a manuscript, notes or other documents.

Is the Löwenthal Archive in Berlin or in Frankfurt?

After Leo Löwenthal’s death, his widow bequeathed his papers and manuscripts to the University Library Johann Christian Senckenberg at the Johann Wolfgang von Goethe-Universität, Frankfurt am Main. Since 2011, Leo Löwenthal’s private library has been part of the Walter Benjamin Archive. The Hamburger Stiftung zur Förderung von Wissenschaft und Kultur had arranged with Löwenthal to take over his private library after his death. The library’s holdings can be researched in the Akademie der Künste’s electronic library catalogue OPAC. Items may also be viewed from the holdings at the Walter Benjamin Archive in Luisenstraße 60.

Where is Theodor W. Adorno’s collection of books?

Theodor W. Adorno’s bequest library which, unfortunately, is not complete, is part of the Theodor W. Adorno Archive in the Institute of Social Research, Frankfurt am Main. A catalogue of the surviving books is available online. All the pages of books with notes in the margin, underlinings or other traces of Adorno’s use have been reproduced and are available as photocopies in the Walter Benjamin Archive.

Is the Adorno Archive in Berlin or in Frankfurt?

The archive is in Frankfurt am Main. Founded in 1985 by the Hamburger Stiftung zur Förderung von Wissenschaft und Kultur, it has been integrated in the Institute of Social Research since 2005. As they are supported by the same foundation, the Theodor W. Adorno Archive and the Walter Benjamin Archive work closely together. Researchers in Berlin working on Adorno can contact the Walter Benjamin Archive at the Akademie der Künste in Berlin to view the Frankfurt holdings as photocopies or digital reproductions.