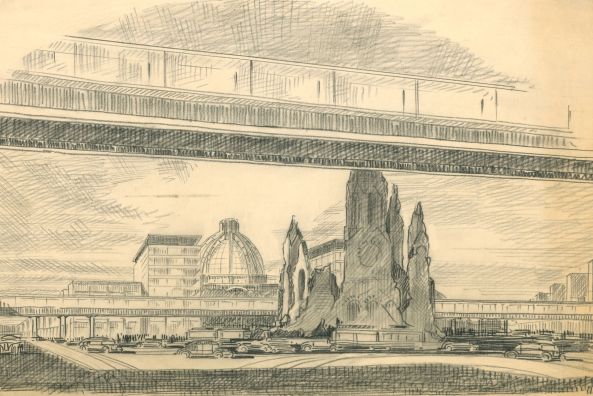 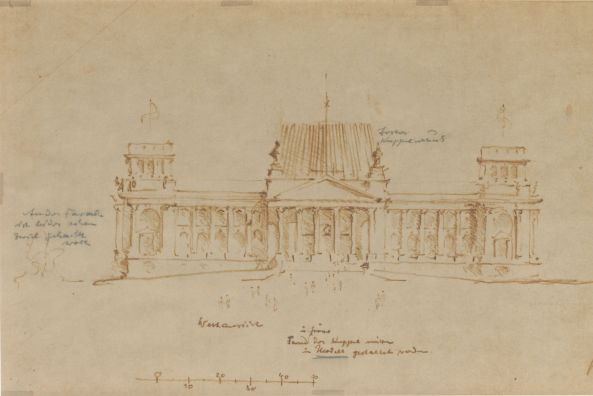 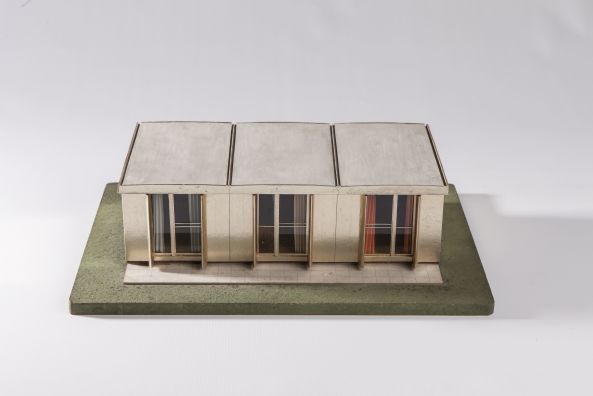 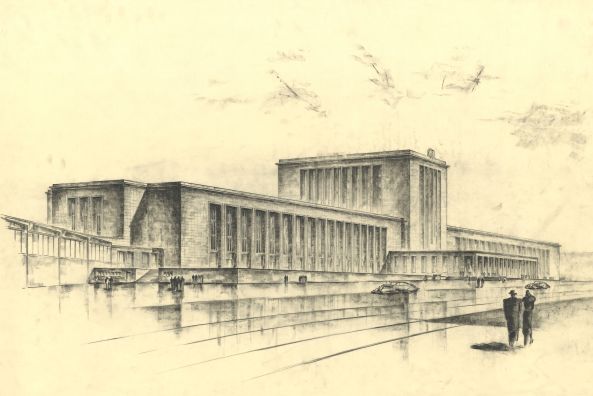 Richard Ermisch, design for Berlin's Fairs and Exhibitions grounds; sketch of the Main Hall and Hall of Honour, 1936–1939 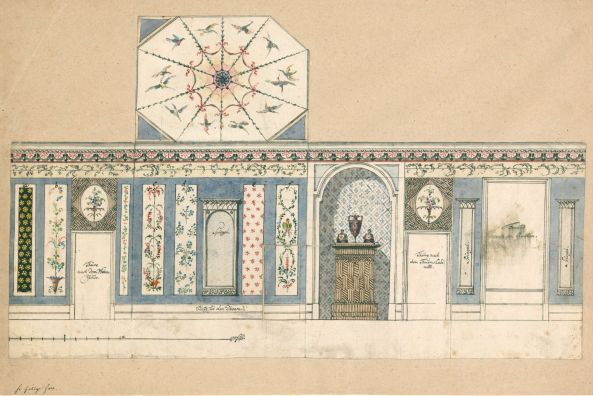 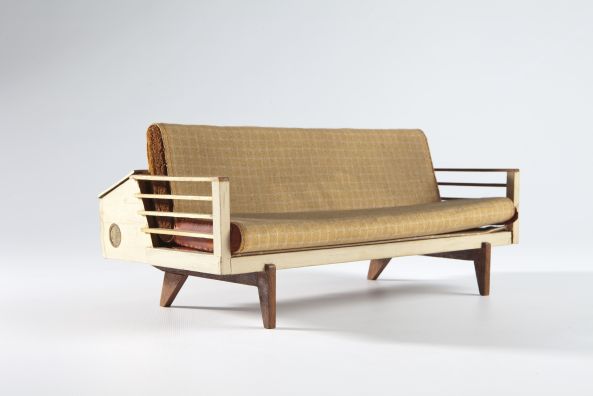 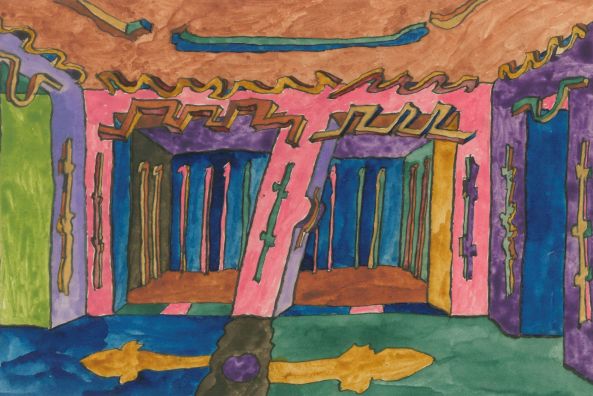 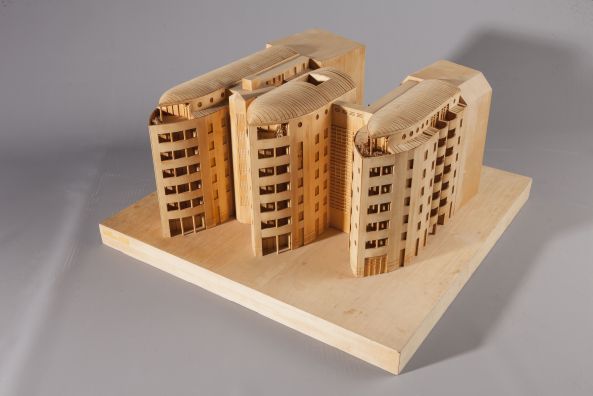 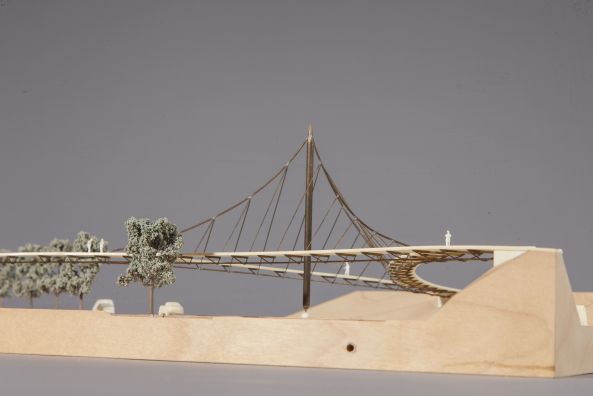 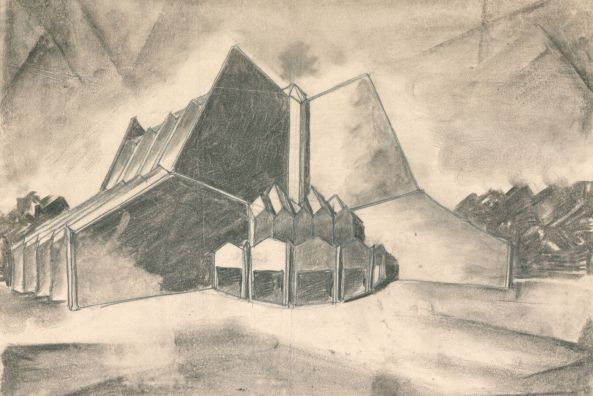 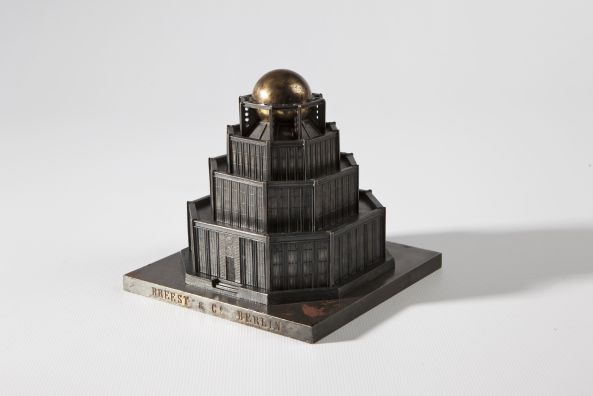 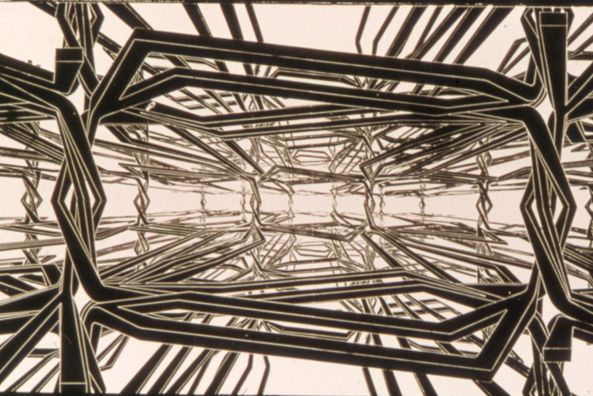 A set of 179 drawings and two models, including a cork model by Roman architect Antonio Chichi, has survived from the late eighteenth century.

The work of architects such as Friedrich Gilly, Martin Friedrich Rabe and Heinrich Gentz reflect the neo-classical architecture in Prussia.

The Architectural Archives contains a uniquely rich collection of expressionist watercolours and sketches from the archives of Hugo Häring, Hans Scharoun, the Luckhardt Brothers with Alfons Anker as well as the archives of brothers Bruno Taut and Max Taut, the collections of Erich Mendelsohn and the artists’ community of the “Gläserne Kette”.

The archives of émigrés from 1933–1945, such as those of Konrad Wachsmann, Adolf Rading, Thilo Schoder, Harry Rosenthal and Julius Posener offer an insight into the work of architects outside Germany.

With, for example, the archives of Hans Scharoun, Paul Baumgarten, Werner Düttmann, Werner Hebebrand, Helmut Hentrich and many more, the Architecture Archives documented developments in modern architecture from 1900 in Imperial Germany into the 1980s in West Germany.

After 1989, these holdings were expanded with archives from East German architects, including Hermann Henselmann, Kurt Junghanns and Heinz Graffunder.

Architects active within Germany and internationally, including many Academy members, have donated their work as archives, and such donations are still continuing today. In this way, after 2000, the Architecture Archives acquired, for instance, such archives as those of Kurt Ackermann, Hans Busso von Busse, Szyszkowitz+Kowalski Architectural Studio, Joachim Schürmann, Peter von Seidlein and Gustav Peichl, as well as the archives of the engineers Jörg Schlaich and Rudolf Bergermann and landscape architects Günter Nagel, Valentien+Valentien and many other leading modern architects.

The collections also represent developments in the twenty-first century, among them are works by, Axel Schultes, Manfred Ortner, Arno Brandlhuber and gmp Architekten. The Architectural Archives does not solely collect architectural documents relating to Berlin, but also includes architectural plans of major historical importance internationally.