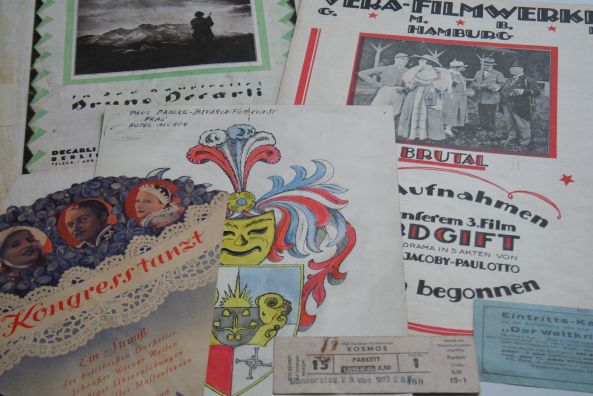 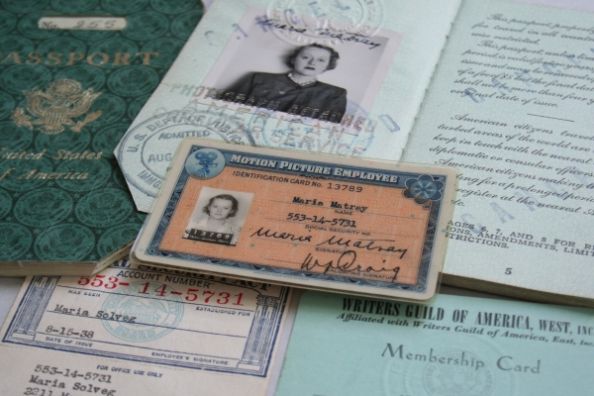 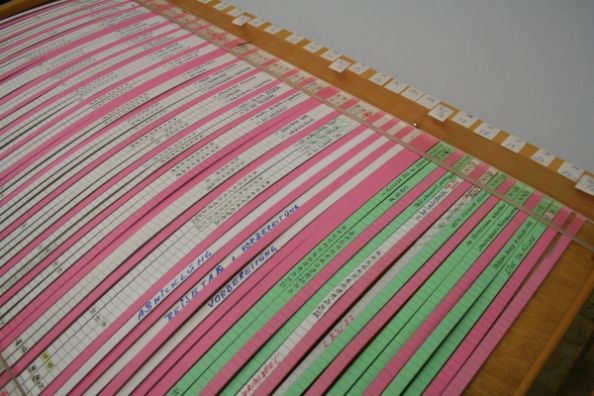 Production schedule in strip form for the film Kinderkreuzzug by Eberhard Fechner, 1983

The Film and Media Arts Archives of the Akademie der Künste collects archives from film artists, above all directors, screenwriters, camera operators, set designers and actors, as well as from film production companies, radio play artists, photographers, and other media artists from German-speaking countries.

In addition to the personal and company archives, the focus is on such film-related material as, for example, screenplays, cinema programmes, advertising materials, newspaper articles, posters, front of house cards, production photos, and set stills.

The collection’s priorities include: