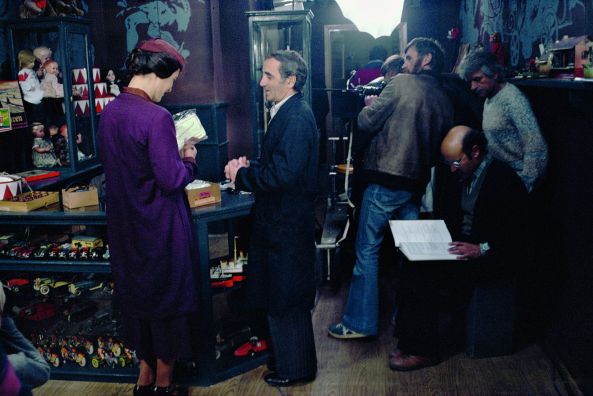 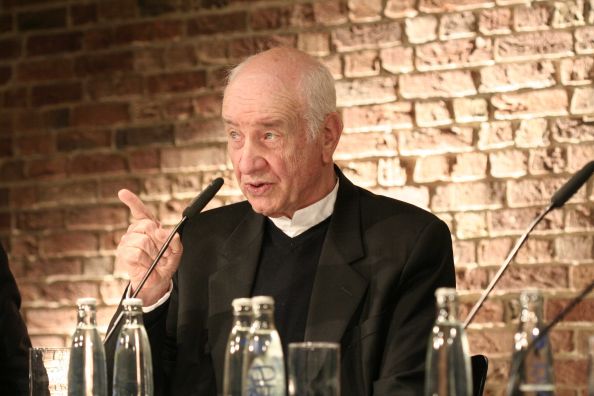 Columbus 64 – A censored film and its history, event with Armin Mueller-Stahl, 2013 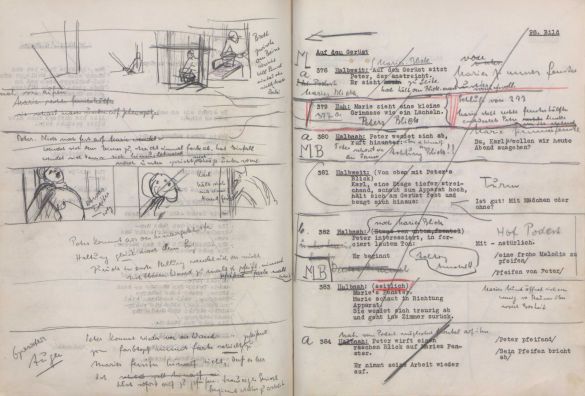 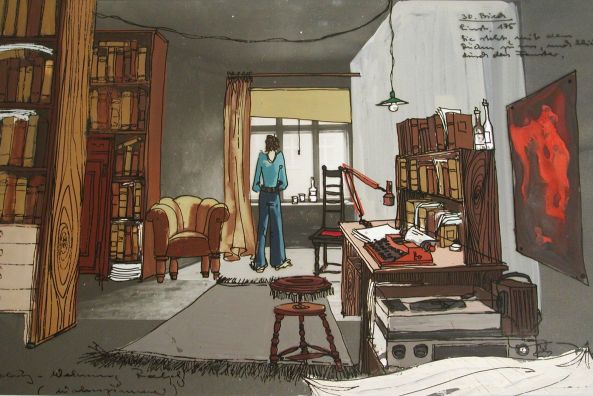 Solo Sunny, 1978/1979, draft setting by Alfred Hirschmeier, sketched on a transparency over an image photo 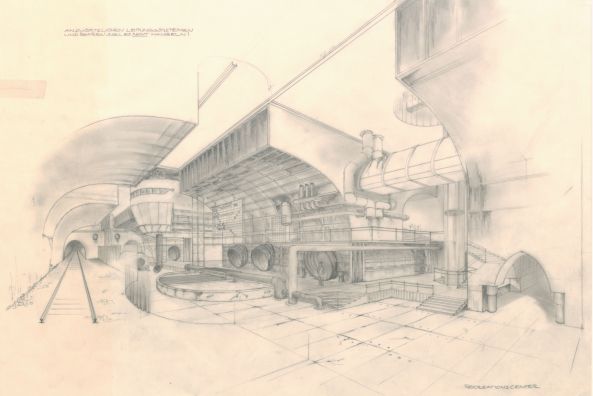 The collection includes individual archives of Academy members, for instance, Ludwig Berger, Erich Engel, Helmut Käutner, and Ulrich Plenzdorf, as well as writer-directors such as Doris Dörrie, Jeanine Meerapfel and Edgar Reitz. The archive of Konrad Wolf, who was President of the Akademie der Künste der DDR (East Germany) for many years, exemplarily references the extensive collection area of GDR cinema, which includes archival holdings of DEFA directors such as Heiner Carow, Gerhard Klein, Siegfried Kühn and Kurt Maetzig.

Many of the artists in the Film and Media Arts Archives were active in both film and theatre, most prominently, for example, actors such as Mario Adorf, Hans-Christian Blech, Erwin Geschonneck, Lilian Harvey, O. E. Hasse, Martin Held, Hanna Schygulla and Sabine Sinjen.

Film is a collaborative effort, and that reality of work in cinema is reflected in the archives of camera operators such as Jürgen Jürges or Wolfgang Treu and set designers like Götz Heymann or Jan Schlubach.

The most recent archival group, the collecting area of films for television, is already very extensive, with holdings of such leading directors as Rainer Erler, Eberhard Fechner, Hans-Joachim Kasprzik, Egon Monk, Oliver Storz and Tom Toelle.

The Film and Media Arts Archives presents its holdings through events, exhibitions, and publications, in particular in the Archiv-Blätter series and in cooperation with the Fernsehen. Geschichte. Ästhetik. series published by the Deutsche Kinemathek.