"I want to be an archive" – the career wish of the author Walter Kempowski as a ten-year-old, recounted later in life, was to come true only too well. The Walter Kempowski Archive, successively acquired by the Academy since 1996, today comprises 615 linear metres, making it the largest personal archive in the institution. 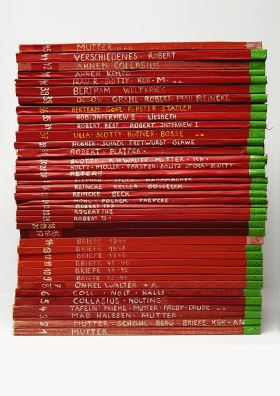 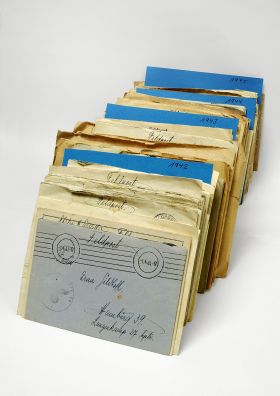 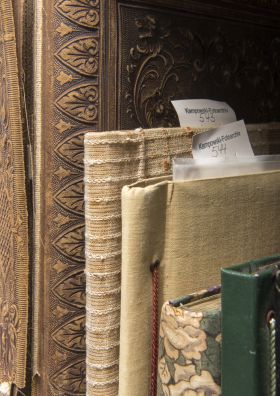 In the early 1950s, both the Akademie der Künste in East and West Berlin, the precursors of today’s institution, began collecting literary archives. With the aim of making those literary works available again that had been burned and banned under the Nazi regime and giving a home to the writings of exiled authors, the literary estates of Heinrich Mann and Georg Kaiser came to Berlin from Santa Monica and Ascona respectively. These estates form the nucleus of the Academy’s holdings of personal literary archives today.

Given the different political climates, the Literature Archives in East and West Berlin had a slightly different emphasis. In the Akademie der Künste in East Berlin, collection activities focused primarily on literary estates of those emigrant writers returning after 1945 to the Soviet zone of occupation – including Friedrich Wolf, Johannes R. Becher, Anna Seghers, and Arnold Zweig. Meanwhile, the Akademie der Künste Archives in West Berlin served posterity by collecting the works and personal papers of expressionist writers such as Walter Rheiner and Alfred Wolfenstein, as well as later the members of the Gruppe 47: Günter Grass, Wolfgang Hildesheimer, Hans Werner Richter, and Peter Weiss. After these two Archives had been unified in 1993, the focus was primarily on closing gaps in the previous acquisition history and collecting papers and estates from contemporary writers. Since then, the Literature Archives has acquired such major archives as those of Jurek Becker, Thomas Brasch, Harald Hartung, Rolf Haufs, Wolfgang Hilbig, Edgar Hilsenrath, Walter Jens, Imre Kertész, Georg Kreisler, Heiner Müller, Eva and Erwin Strittmatter, Fred and Maxie Wander and Christa Wolf.