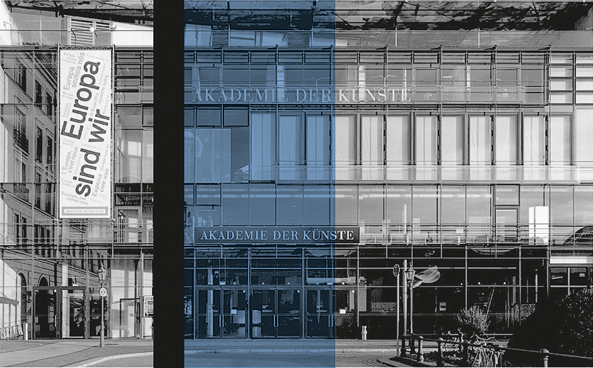 At the invitation from the Akademie der Künste, over the last three days (8 – 10 October), around 70 representatives of European art academies and cultural institutions gathered for a hybrid conference to initiate a "European Alliance of Academies". The institutions involved come from almost every country in the European Union as well as Norway and Great Britain – a strong signal that demonstrates the need for a transnational alliance based on solidarity, especially in the light of the Covid-19 pandemic and its political consequences, national delineations and right-wing populist isolationist fantasies.

Today, the "European Alliance of Academies" presented a joint manifesto in Berlin, setting out the mission of securing the European Union as a cultural project for the future. New forms of cooperation are to be established that guarantee mutual support whenever there is a threat of political restrictions or the freedom of art is at risk.

The following are involved in the Alliance: The Academy of Fine Arts Vienna, the Royal Academy of Arts, Széchenyi Academy of Letters and Arts, L‘Accademia Nazionale dei Lincei, Real Academia Española and Académie Goncourt as well as the Centre Pompidou, the Onassis Foundation and many more.