The European Alliance of Academies condemns the war against Ukraine 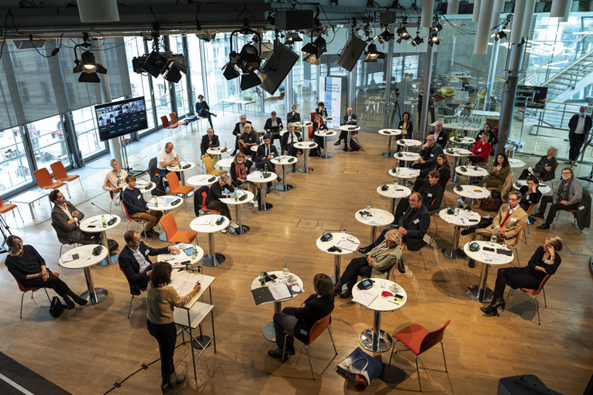 The unthinkable has happened: War in Europe. This war polarizes. In particular with regard to the question of how to deal with Russian and Belarusian artists who publicly position themselves against the war.

Despite this neuralgic point, the European Alliance of Academies has agreed by a large majority on the following statement:

The European Alliance of Academies condemns Putin's war and declares its solidarity with the people of Ukraine. The European Alliance of Academies invites Ukrainian art academies and cultural institutions to join the pan-European alliance. Russian and Belarusian artists and academics who are raising their voices against the war at great personal risk are also invited to join the European Alliance of Academies. They have our solidarity. Freedom of the press and freedom of expression are more important than ever, which is why the alliance is expressing its gratitude to and solidarity with all critical journalists. Political and economic sanctions which extend to the realm of civil society and to the artistic and academic sphere, should instead be solved through critical dialogue. This has always been the right course of action and must be maintained. The worlds’ war power ability easily can destroy all of our civilizations at once.

The European Alliance of Academies is committed to cultural unity and transnational solidarity. On the initiative of Jeanine Meerapfel, President of the Akademie der Künste, Berlin, this European peace project was founded in October 2020. The founding manifesto states: “Art and culture are essential for a functioning democracy and for social cohesion. We stand for the freedom of the arts as a prerequisite for our cultural, social and political way of life. The independence of artistic positions and institutions from political, national and religious prescriptions is the foundation of democracy.”

The European Alliance of Academies currently has 67 members. Its structure, which has so far concentrated on the member states of the EU, is to be extended from now on to embrace geographical Europe.