“By now, the European Alliance of Academies is proving to be an important transnational platform.” 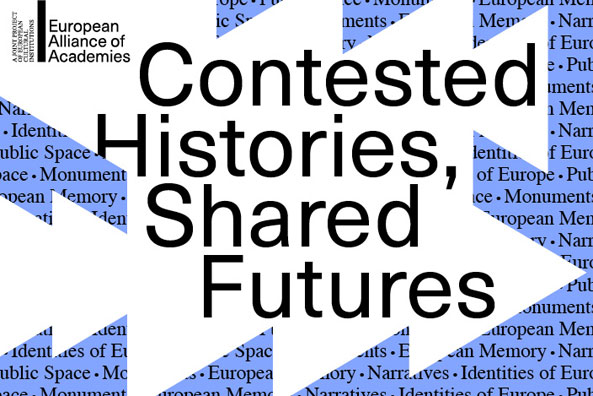 On 28 and 29 June 2022, the European Alliance of Academies hosts the conference "Contested Histories, Shared Futures" in Amsterdam. Here you can read the welcome address by the President of the Akademie der Künste, Berlin, Jeanine Meerapfel.

since the founding conference of the European Alliance of Academies in October 2020 at the Akademie der Künste in Berlin, our view of Europe has changed. At the opening, I spoke about worrying developments in many European countries (including Germany), about the growth in undemocratic tendencies, national egoisms and border demarcations, also about the acceptance of inhumane processes at Europe’s borders to protect the national "comfort zone". I talked about the fact that there are still milestones to be passed in order to establish the values set out in Article 1a of the Treaty of Lisbon (2007):

"… respect for human dignity, freedom, democracy, equality, the rule of law and respect for human rights, including the rights of persons belonging to minorities. These values are common to all Member States in a society in which pluralism, non-discrimination, tolerance, justice, solidarity and equality between women and men prevail."

I concluded my address by saying that the Manifesto of the European Alliance of Academies was intended to demonstrate our determination to work together to make Europe into what was promised: a transnational peace project.

The word "war" appeared in my address only as a phenomenon of the past. I spoke of the responsibility for the devastation and destruction wrought by the world wars and the colonial wars of conquest. Today – not even 2 years later – we are in a time when there are no words, or too many words, none of which fits. The one word that preoccupies us all is "war". We thought we were living in a blessed age, one without war. We overlooked Syria, we overlooked Afghanistan, we overlooked Somalia. We thought we were living in an age when wars were far away from us. And now we cannot find words, or we find too many, to describe what is happening in Ukraine. And we squirm in contradictions: no weapons, more weapons, heavier weapons.

Wait and see, take action, show our colours, or keep our heads down.

There are open letters against helping Ukraine with heavy weaponry, and open letters in favour of it. This is how intellectual Germany fights. With words; one against the other. Many times in these heated discussions, we have to ask: are we talking about ending this madness, or is it about who is right and who is wrong?

By now, the European Alliance of Academies, with its current 67 partners from 25 European countries, is proving to be an important transnational platform. The discussions of recent weeks on different political narratives in East and West have been extremely illuminating. And one thing has been achieved: The determination of the numerous partners to work together for peace in Europe is greater than the insistence on one’s own position being the only correct one. We want to make an impact transnationally as well as locally. I am therefore very pleased that, after gatherings in Berlin, Budapest and Madrid, we are now in Amsterdam for the two-day conference starting today. I am very grateful to the Amsterdam Akademie van Kunsten for hosting this conference together with the Berlin Akademie der Künste and other partner institutions of the European Alliance of Academies. I wish to thank Liesbeth Bik and Geertjan de Vugt in particular – and of course also all the other participants and panellists, and all those involved in front of and behind the scenes. And I thank the German Federal Agency for Civic Education (bpb) for sponsoring today’s event.

Art enlightens, preserves history and narratives, and helps us to remember. But what? And how? The last few weeks have shown once again that common viewpoints always have to be renegotiated, including our views of the past.

So the conference today and tomorrow will take a look at the past, discuss options for action in the treatment of cultural heritage and the consequences for shaping the present and the future. Tomorrow, in internal working discussions, we will look at how we can positively use the commitment of the many partners of the European Alliance to shape Europe. And I very much hope that the guests of our public panels will also be inspired by the protagonists’ commitment. Because creating a fairer Europe based on solidarity will only succeed if we all join forces. Only together are we able to build a European identity distinguished by unity in diversity, an identity that unites the various European countries and yet leaves room for differences, in which we take responsibility for each other and learn from each other.

Thank you very much.